1.      When during the planting season should a producer switch to an earlier maturing soybean variety?

2.      When is the latest soybeans can be planted in Wisconsin and still expect a grain yield?

Research from the 1990’s in southern Wisconsin indicates that in two out of three years, grain can be harvested from soybeans planted as late as June 26, although the yields are usually minimal and not generally economically feasible. The frequency of harvesting grain from soybeans planted this late can be increased by using early maturing varieties   (<1.8RM)   in   southern Wisconsin, and <1.0RM in northern production areas. A planting date of June 20 in southern Wisconsin and June 15 in northern Wisconsin, using early maturing varieties, was considered to be the latest practical date. However today’s grain prices coupled with opportunities for late-season discounted treated soybean seed may entice growers to push the planting date window in 2011. 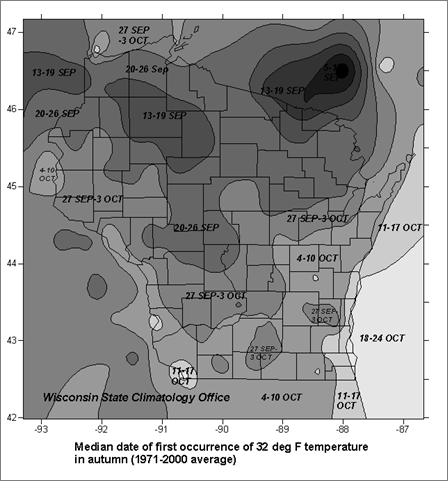 * Figures in bold italics are for shorter season maturities.