Demonstration/Strip Trials – What should you learn from them? 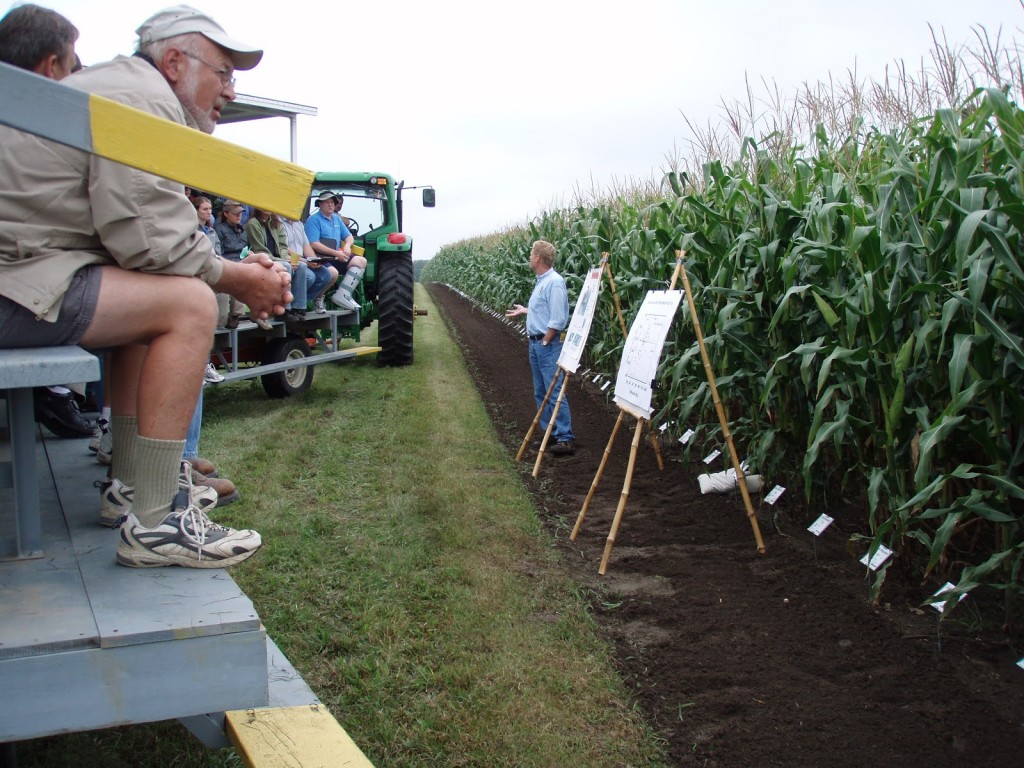 The drought experienced this year has been unique. Drought occurs somewhere in Wisconsin nearly every production season. What has been unique this year is how widespread the drought is and the variability seen even between fields within a farm. In one field, corn might be barren and across the road good yields are measured. In many ways I was surprised to see corn hang-on as long as it did given the length of time no rain was received. In some of the fields yield-checked, we are finding ears with 16-18 kernel rows and 30-40 kernels per row.

Evaluating last year’s ‘experiments’ and using the lessons learned will help with next year’s crop. Some new practices work and fit into your management style, others don’t.

Every fall many farmers visit and evaluate hybrid demonstration plots planted by seed companies and county Extension personnel, among others. When checking out these plots, it’s important to keep in mind their relative value and limitations. Demonstration plots may be useful in providing information on certain hybrid traits, especially those that are usually not reported in state corn performance summaries.

Use field days to make careful observations and ask questions, but reserve any decisions until you have seen the “numbers.” Appearances can be deceiving.

In general, there are two major categories of on-farm research trials. The first is replicated trials that try to account for field variability with repeated randomized comparisons. Examples include trials conducted by universities and by public and private plant breeders. The other type is non-replicated demonstrations such as yield contests, on-farm yield claims, demonstration/strip trials and farmer observation and experience.

Field variability alone can easily account for differences of 10 to 50 bushels per acre. Don’t put much stock in results from ONE LOCATION AND ONE YEAR, even if the trial is well run and reliable. This is especially important in years with tremendous variability in growing conditions. Years differ and the results from other locations may more closely match your conditions next year. Use data and observations from university trials, local demonstration plots, and then your own on-farm trials to look for consistent trends.

A few suggestions on how to evaluate research test plots: