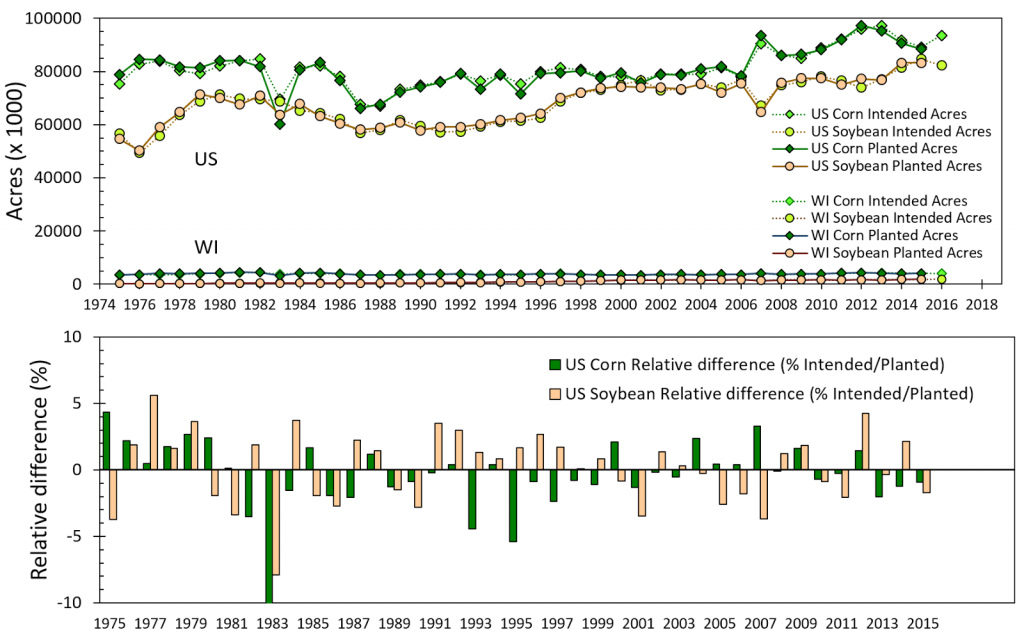 Figure 1. Spring Acreage Intentions, Planted Acreage and the Relative difference (%) for Corn and Soybean in the US and WI.

With the exception of 1983 and to some extent, 1993 and 1995, acreage intentions have accurately predicted planted acres within 5%. There are as many years over-predicted as under-predicted. For the 40-year period, there was a 3% standard deviation between intended and planted acres for corn and soybeans. In WI, which is typical of northern Corn Belt states, there was wider standard deviation (corn = 5%, while soybean= 11%) indicating weather impacts on acreage decisions as the planting season progresses.