Farmers in Wisconsin are often challenged by cool, wet soils in the spring. Many farmers will chisel plow and field cultivate (2x) to prepare a seedbed to overcome these typical soil condition challenges. Over the last 40-50 years some farmers have sought ways to be less aggressive with tillage leaving more residue on the soil surface to protect it from erosion. Often though there is a “yield penalty” for growing corn in reduced tillage and no-till, especially for continuous corn.

Strip-till is considered a variation of no-till. The Conservation Technology Information Center’s definition of no-till includes strip-till, provided less than one-third of the total row area is tilled. In strip-till, an 8-inch band in a 30-inch row spacing is aggressively tilled and fertilized using fluted coulters, knives and berm-forming baskets in either the fall or spring. The objective is to dry out and warm up soil in the seed placement zone before spring planting to encourage more uniform stand emergence and plant density.

In the fall of 2000, we initiated a tillage trial to evaluate the impact of strip-tillage on corn yield. The most aggressive tillage operation in the trial was chisel plow followed by two field cultivator operations, while the least aggressive tillage operation was no-till which used a single 13-wave fluted coulter and trash whippers on the planter. Four strip tillage treatments based on tool aggressiveness were applied. Treatment ST4 was the most aggressive strip tillage treatment (9-inch knife, 3 13-wave coulters and berm forming baskets). The strip-tillage treatments varied through the early years of the trial, however, from 2007 to 2015 the treatments were consistent. For Figure 1, we considered 2007 a “set-up” year and deleted it from the analysis. We analyzed 8 years of data (four 2-year cycles for the corn-soybean rotation) 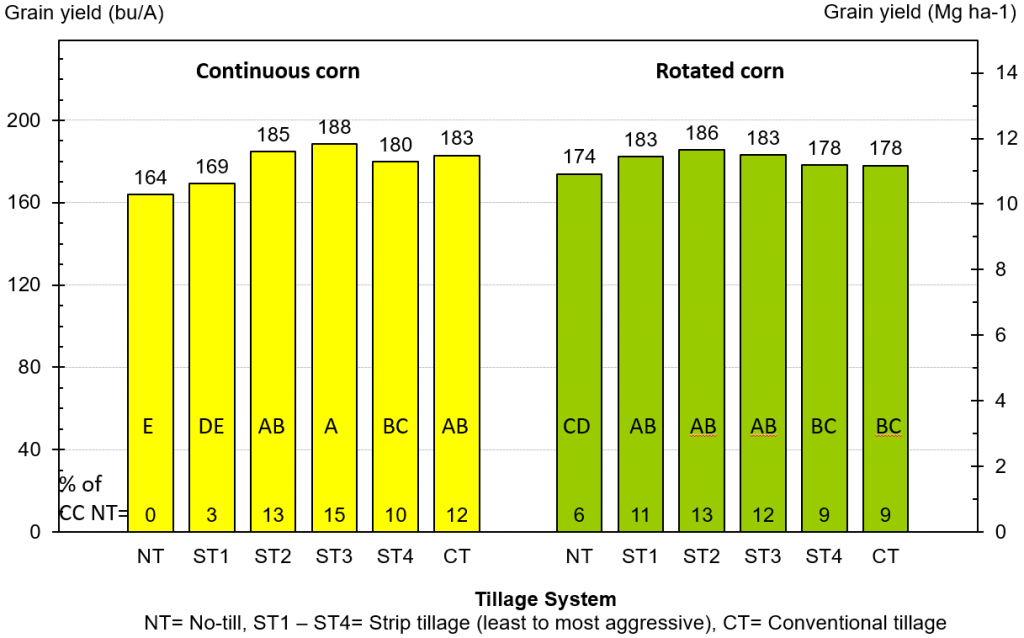 Figure 1. Corn grain yield response to no-till, strip-till and conventional tillage systems. Data are derived from 2008-2015 at Arlington,WI. Values are means of all split-split-plot treatments.