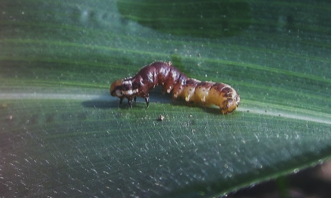 Stalk borers are starting to move to corn in the southern part of the state and likely hop vine borers are doing the same. Both insects overwinter as eggs and initially feed on perennial grasses before migrating to corn. As a result, it is not always a well-timed migration. Look for feeding damage in all parts of the state over the next few weeks to be sure.

Field areas damaged from both insects are strongly correlation to the presence of perennial grasses. Usually this is along field edges such as ditches, waterways and field borders and feeding is confined to the first few (2-6?) rows of corn. However, damage can be found wherever these grasses were located last summer/fall during the egg laying period.

Preventing damage from stalk borer is arguably easier than hop vine borer. Stalk borers are susceptible during the migration to corn and while feeding in the whorl and/or when moving from plant to plant. However, once they tunnel into the stalk they are no longer susceptible. Economic thresholds have been developed by Iowa State University and are based on crop stage, expected yield and commodity prices. This table can be found on p. 67 of A3646, Pest Management in WI Field Crops. For $4.00 corn that threshold is roughly 4-5% damaged plants.

Timing of hop vine borer treatment is critical as their susceptibility to insecticide treatments is only during the initial migration to corn. They immediately tunnel into corn plants below ground and there is little plant to plant movement. Insecticide applications are suggested at first signs of damage if there was significant feeding in that same field the previous year.

Damage symptoms from stalk borer is small feeding scars on the newly emerging leaves and eventually holes in the leaves when larvae mature. Eventually you will find wilted whorl leaves if tunneling reaches the growing point on small corn plants. Symptoms from hop vine bore are often described as wilted whorls or dead-heart. You should also be able to find the entry point below ground. Because both species do not pupate until mid to late-July you can frequently find larvae in most, but not all, damaged plants. 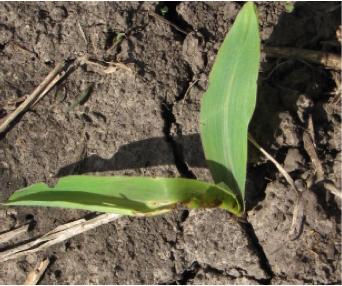 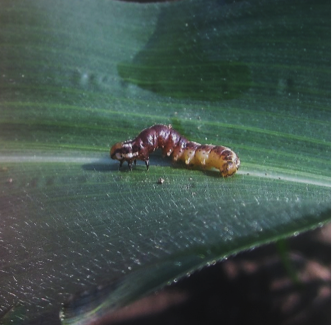 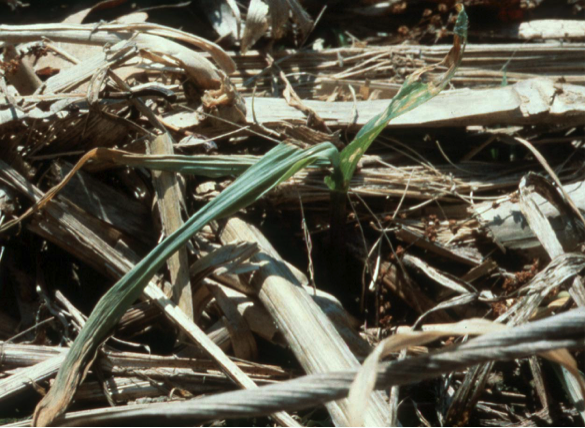 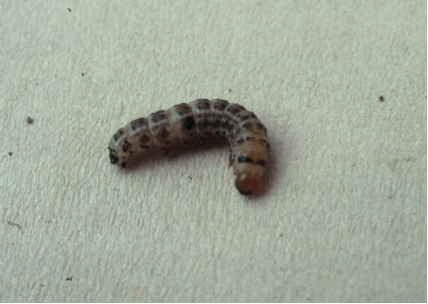