The amount of N needed to maximize profitability is the economic optimum N rate (EONR). Nitrogen application timing did not affect the EONR at 50% of the sites where the EONR at GS30 was within 3 lb N/a of the EONR at green-up (Table 1). At Chilton15 and Pipe15, there was no yield increase when N was applied at GS30, even though yield increased with N application at green-up. At Lamartine and Pipe in 2016, 41 and 16 lb/a more N, respectively, was needed to produce profitability yields when N was applied at green-up compared to GS30. This was a result of early season N loss due to wet soil conditions.

At these same study sites, N source was evaluated at green-up and GS30 (Table 2). Application of urea at 30 lb N/a produced yields that were not significantly different than or were greater than ESN, a 50:50 blend of ESN and urea, or SuperU. Even at Lamartine and Pipe in 2016 where there was early season N loss, neither ESN or SuperU provided a yield benefit. 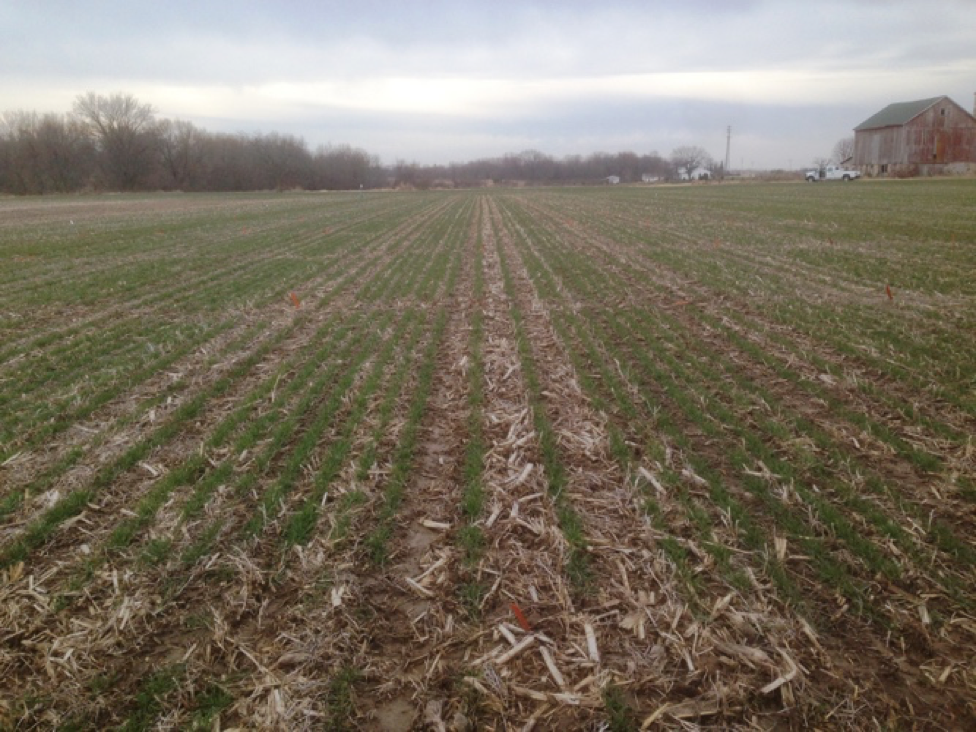 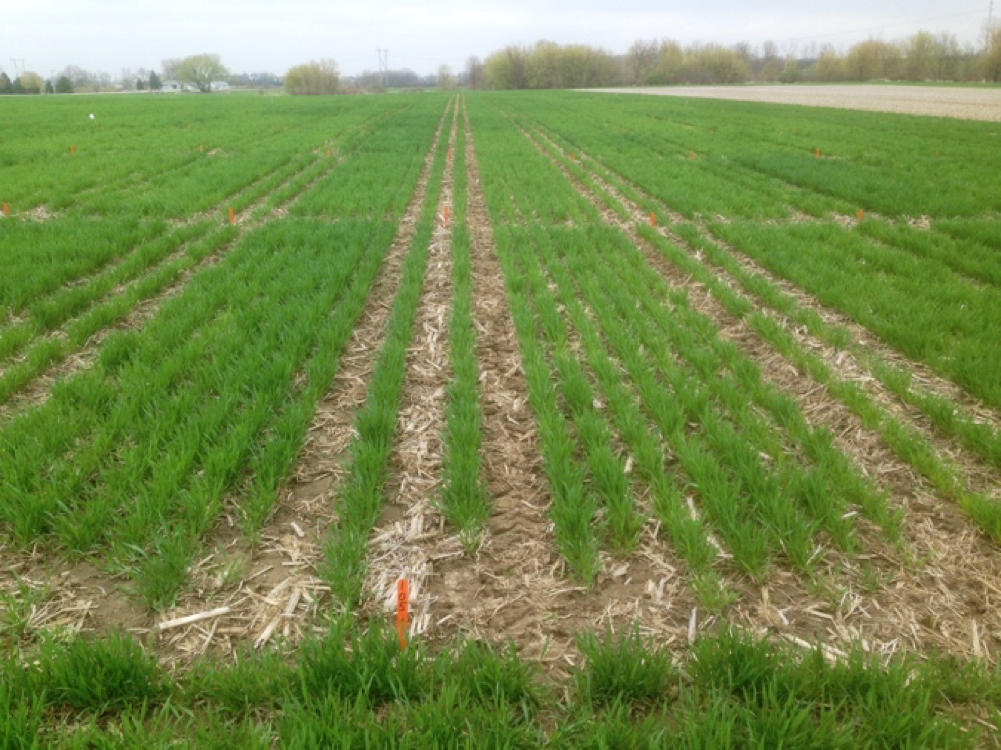 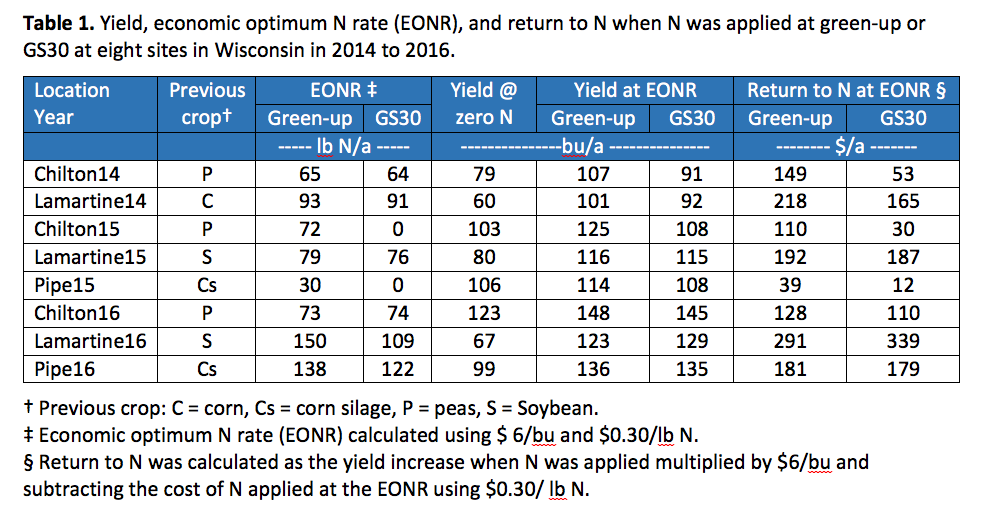 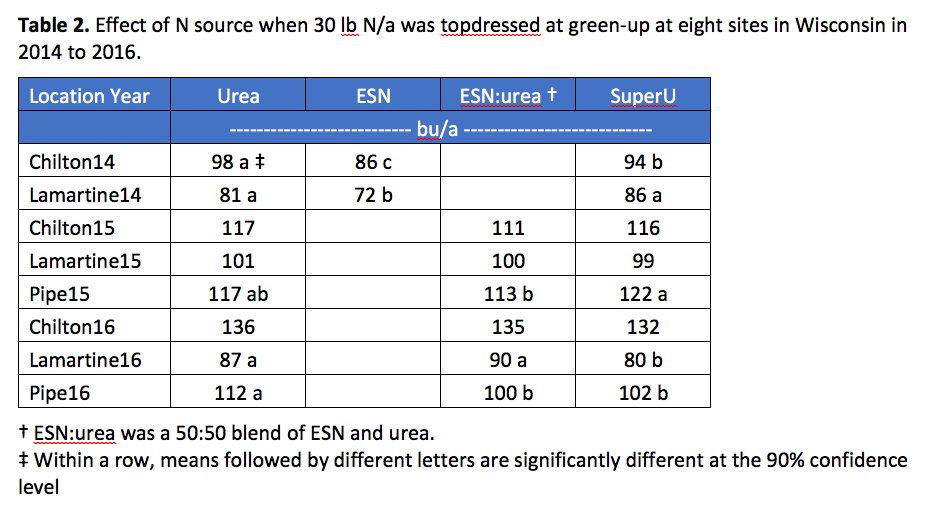 Acknowledgement: This research was funded by the Wisconsin Fertilizer Research Program.