Unusual spring. Agree? Corn development is everywhere from early emergence to fields that haven’t been planted. Couple that with a migratory insect and we have an approaching black cutworm season that is hard to predict.

DATCP’s Pest Bulletin indicates a continuing flight of moths into the state. Their pheromone network has also indicated that some locations had (or are having) intense flights. However, the location of those intense flights are spread out and do not show a clear pattern. Other states to our south have also indicated similar trends. That is to say, spotty captures with some traps reporting high numbers.

Where do we go from here? I am not sure my message would be that different from other years. Black cutworms are not a key insect pest on corn in Wisconsin. Rather, I would classify them as an occasional pest. However, a pest that is capable of causing a range of economic injury on seedling corn. Those years and locations are hard to predict.

For starters, if you don’t have an email subscription to the Wisconsin Pest Bulletin, get one. Typically, DATCP will provide an anticipated “cutting date” that is based on flight arrival as well as historical and projected temperatures. That estimate provides a valuable advance warning. Scouting fields prior to the anticipated cutting date will also give you clues on the potential for damage in that field. Early instar black cutworms are not capable of cutting corn seedlings. However, they will feed on emerged leaves.

Once larvae are large enough they will be capable of cutting corn seedling up to (approximately) V3. Larger seedlings are also damaged when cutworm larvae burrow in to the plant below ground. The economic threshold is if 2-5% of the plants are being cut. That threshold of course is based on economics and this year we are probably looking at the higher end of the threshold.

Wisconsin does have a lot of corn planted. You can improve your chances of locating those infestations by focusing on fields with significant soybean residue, low growing broadleaf weed infestations and wet areas of fields. 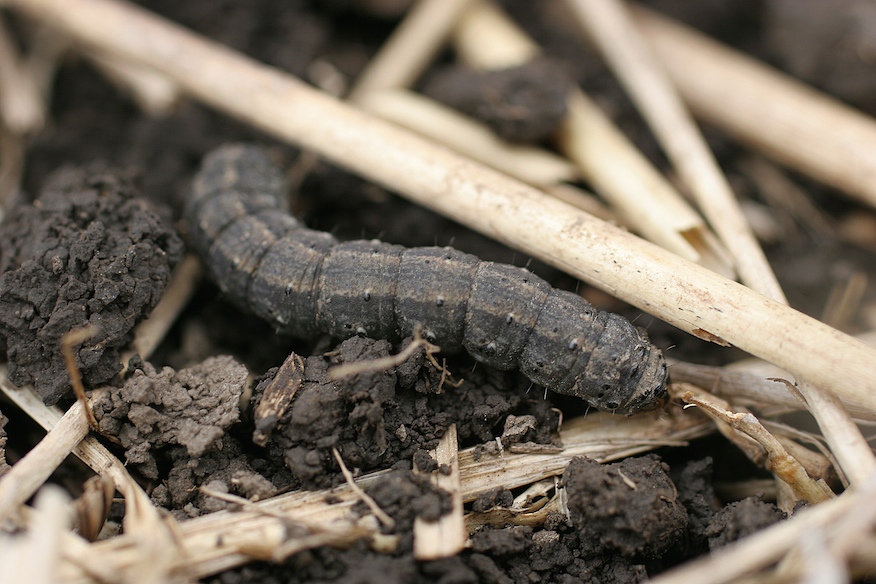 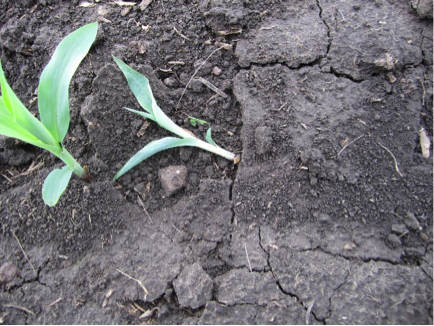