At the beginning of July, the weather finally became conducive for POST-emergence herbicide applications in southern Wisconsin, including for dicamba application in Xtend (dicamba-tolerant) soybeans. Typically, injury from micro-rates of dicamba (via tank-contamination, particle and/or vapor drift) in susceptible crops tends to show at 10-14 days after the incident (see: Soybean Injury From Dicamba A4161). Driving around the southern part of Wisconsin this past week, I have noticed a couple instances of dicamba injury in soybeans (I estimate less than 15 total injured acres). 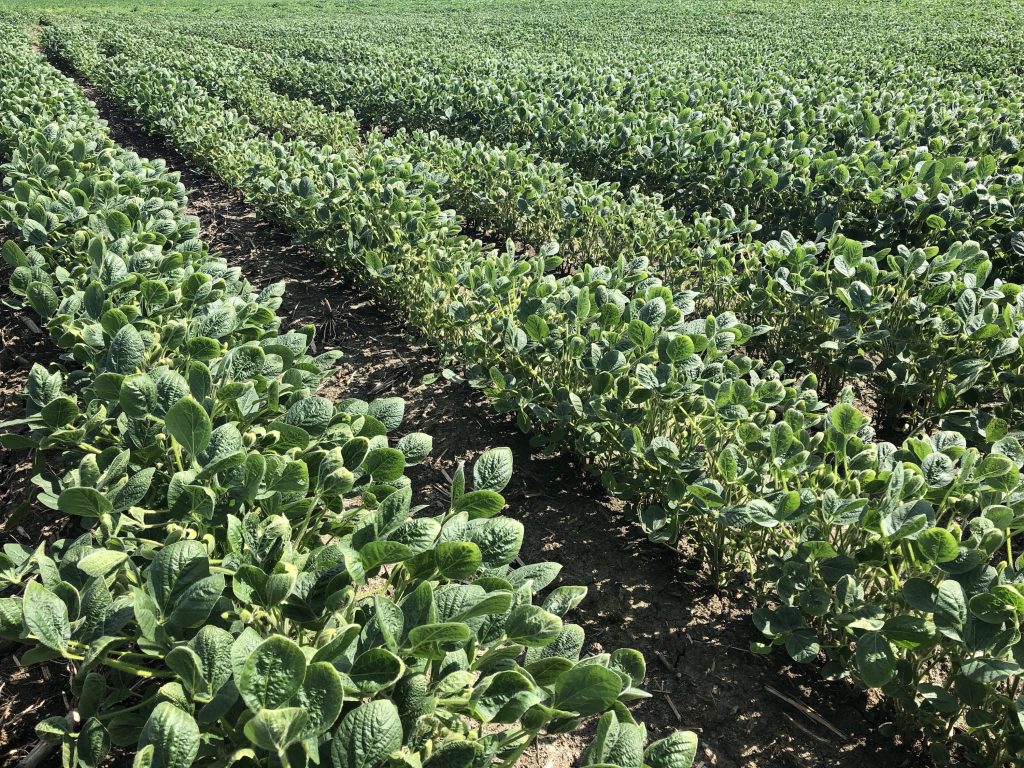 Last year, Dr. Kevin Bradley, Professor and State Extension Weed Scientist with the University of Missouri, kept track of the estimates of dicamba-injured soybean acreage across the United States (see: A Final Report on Dicamba-Injured Soybean Acres). This year, EPA (Environmental Protection Agency) and others have requested Dr. Bradley to continue the effort.

Dr. Bradley is in communication with the State Departments of Agriculture regarding official complaints but is also attempting to track dicamba-injured acres that are not being officially reported. Thus, if you have noticed dicamba injury in your soybeans and/or other susceptible crops in Wisconsin, regardless on whether an official complaint was/will be filed with the Wisconsin Department of Agriculture, Trade and Consumer Protection (DATCAP), it would appreciated if you could send me an email (rwerle@wisc.edu) describing the county, crop and number of dicamba-injured acres or plants (if referring to vegetable or ornamental crops). Pictures of the dicamba-injured crop would also be of extreme value.

The information sent to me will be kept confidential and only used to update Dr. Bradley’s estimates and hopefully provide valuable information to decision-makers this fall to support their decision on whether to extend EPA registrations for Engenia, FeXapan and Xtendimax herbicides in Xtend soybeans.