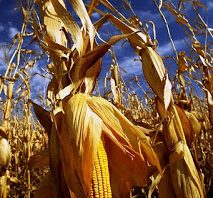 The 2018 corn growing season can be summed up by saying it has been challenging. In Wisconsin, corn diseases have kept producers and agronomists moving to try to manage multiple issues for much of the summer. Early in the season gray leaf spot (GLS) moved in quick, followed by onset of a new disease called tar spot (TS), then northern corn leaf blight (NCLB) reared its head in August. This was then followed by high levels of ear rot in some fields. This is the first season that I have had to rate four diseases in one research trial. While GLS, NCLB, and TS create their own unique management challenges they can also stress the corn plant which results in secondary issues such as loss in stalk integrity or a plant that is left susceptible to other pathogens. I have written a previous article describing some of these issues, and how to deal with them.

To manage some of these foliar issues, increasing interest has been placed on using fungicides, especially in grain corn. Over the last several seasons, interest is growing from dairy producers who are also treating corn silage hybrids with fungicide. Why all the interest in treating silage corn with fungicides? Some of the intent is to improve feed digestibility. Dr. Felipe Cardoso’s animal science laboratory at the University of Illinois has published several peer-reviewed papers describing the physiological changes in the corn plant treated with fungicides, that result in improved feed digestibility. In those studies, yield was often not directly impacted by the fungicide application, but fibrous changes in the corn plant improved feed conversion to milk production in cows fed silage corn treated with fungicide (Haerr et al., J. Dairy Sci., 2015; Kalebich et al., J. Animal Feed Sci., 2017). Our laboratory at the University of Wisconsin-Madison is also interested in the effects that fungicides might have on mycotoxin accumulation in silage corn hybrids. We are especially interested in the accumulation of deoxynivalenol (DON or vomitoxin). In corn, DON is primarily produced by a fungus called Fusarium graminearum. Fusarium graminearum can cause Gibberella ear rot (Fig. 1) and also Gibberella stalk and crown rot of corn (Fig. 2).

Animal nutritionists have observed many impacts of mycotoxins on animals, including dairy cattle. These can range from simple reductions in milk production all the way on up to feed refusal, hemorrhaging, and death. For this reason, nutritionists have devised guidelines for dietary limits of some mycotoxins to reduce harm to the animal. Dr. John Goeser has assembled the “Mycotoxin Guidelines and Dietary Limits” fact sheet to help producers better understand the potentially harmful toxin levels in the total diet (DM). You will see in that chart that for DON, the suggested limit is just 0.5 to 1.0 ppm for dairy cattle. The fact sheet also provides a helpful formula to understand the contribution of toxin in a particular component of feed, relative to the total diet.

So how do fungicides affect DON in corn plants at harvest? Let’s look at some data from Wisconsin in 2017 and 2018.

To read the rest of this article, click here.