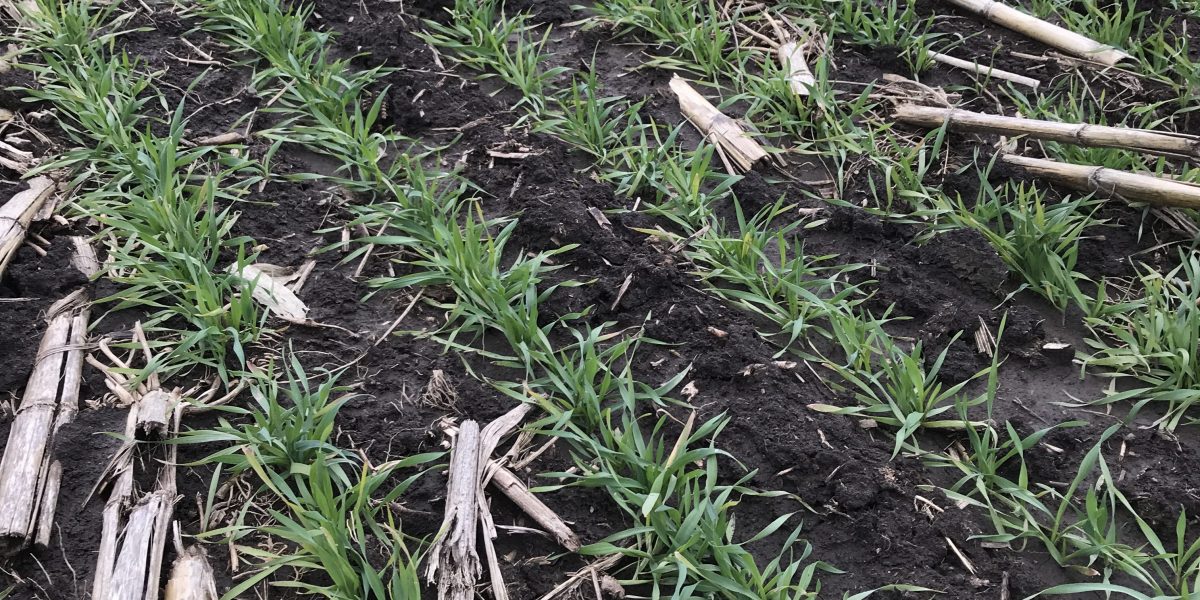 Many Wisconsin farmers harvesting corn as silage are following that with a winter cereal grain, such as rye or triticale, for a fall-to-spring cover crop intended to protect against soil erosion and nutrient loss from runoff or leaching. The fall-planted cover crop, with proper management, can also be harvested as a forage crop in mid-to-late May, while still leaving enough time for a full-season crop to follow. The “double cropped” cereal grain forage, if harvested timely at the ‘boot’ to ‘early heading’ stage of growth, can provide a forage option desirable for feeding to dairy heifers and, often, for a portion of the lactating cow ration. One challenge to the economics of this practice, however, is the relatively low forage yield (1-2 tons dry matter (TDM) per-acre) when harvested at this fairly early growth stage. This makes for a relatively high feed cost per-TDM when considering seed and planting, along with harvesting costs, for only one crop (as compared with alfalfa).

Jeff and Luke Meffert, of Meffert’s Homestead Dairy, Waunakee, WI, like what fall-planted rye helps them accomplish by way of soil conservation and nutrient management. They and their dairy nutritionist, Mike Limmex (Furst-McNess Company), also value it as an additional source of forage for both cows and heifers. Jeff and Luke recognize, however, the yield challenge, especially in years when fall and/or spring conditions lead to lower yields. Interested to find something better, the Mefferts took an interest in a new hybrid forage rye commercially available from KWS Cereals of Einbeck, Germany and Champaign, Illinois. Most winter cereal ryes typically grown as a cover or forage crop are open-pollinated ryes and have been selected for grain production. Working with Kevin Shelley at the UW Nutrient and Pest Management Program, they were able to secure a donation from KWS of Pro-gas hybrid forage rye seed for a five-acre demonstration on their farm. On September 30, 2018, a 20-acre field where corn silage had been harvested was planted with a five-acre section of Progas rye, surrounded by a conventional non-varietal (VNS) brand rye. This trial design allowed for two side-by side comparisons of the hybrid and VNS ryes. Average results and observations are presented below:

Seeding rate: The hybrid rye is characterized to have very heavy tillering, and thus, a lower required seeding rate.

Observations: At cutting, the hybrid rye appeared slightly darker green in color and slightly taller. Although the VNS rye was at, or slightly passed, the desired boot stage, the Progas hybrid rye was still a few days away. Thus, assumedly, more forage biomass would have accumulated by boot stage with the Progas. However, both the calendar (planting date goal for the subsequent crop) and the weather forecast influenced the decision to cut he rye at this time. There was one 3” rain between cutting and chopping.

Although the hybrid rye did exhibit heavy tillering, most of that appeared to occur in the spring. Over-winter soil cover was much higher for the conventional VNS rye, causing some concern that the hybrid rye would be less effective in achieving the associated soil conservation and water quality protection goals. 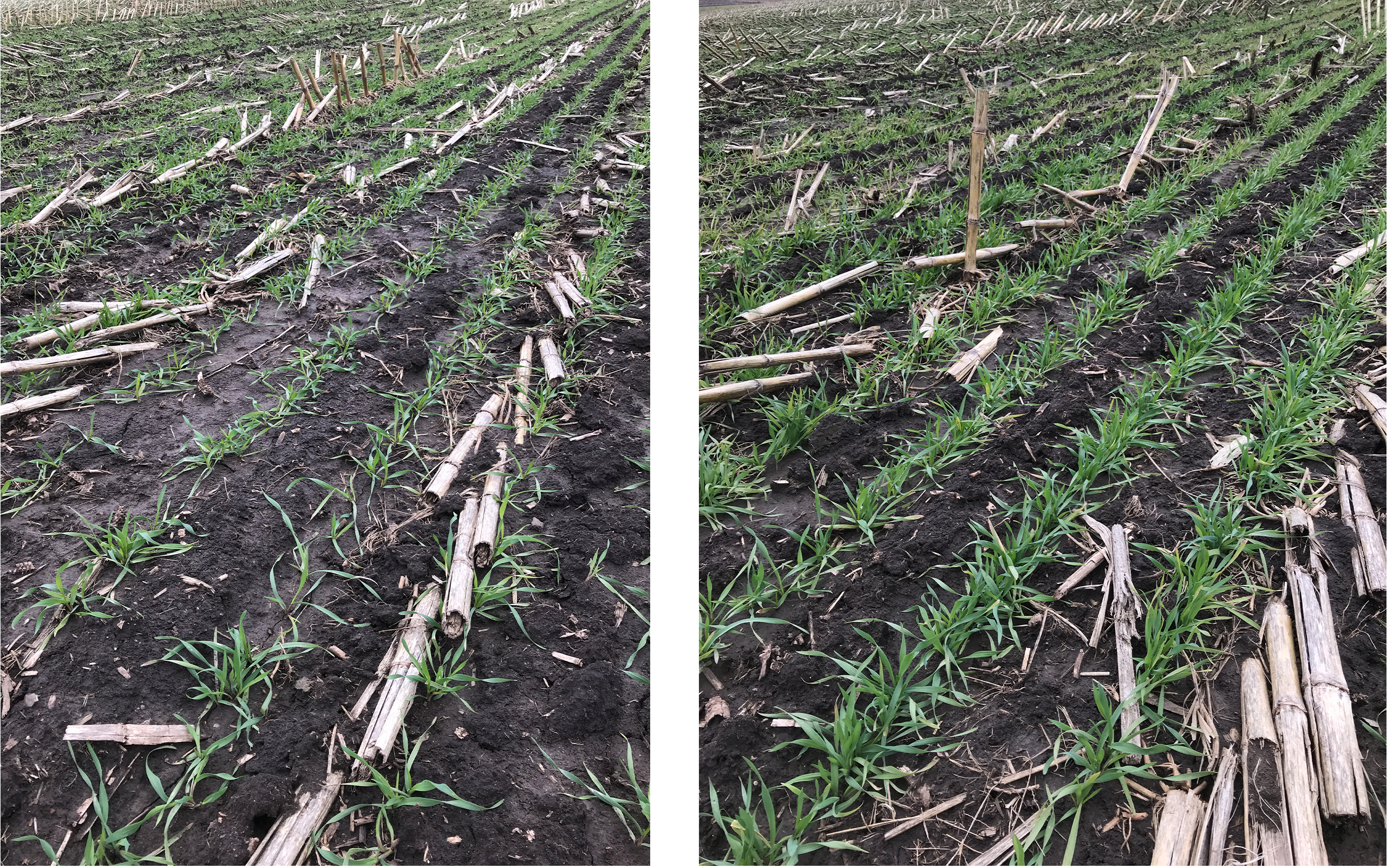 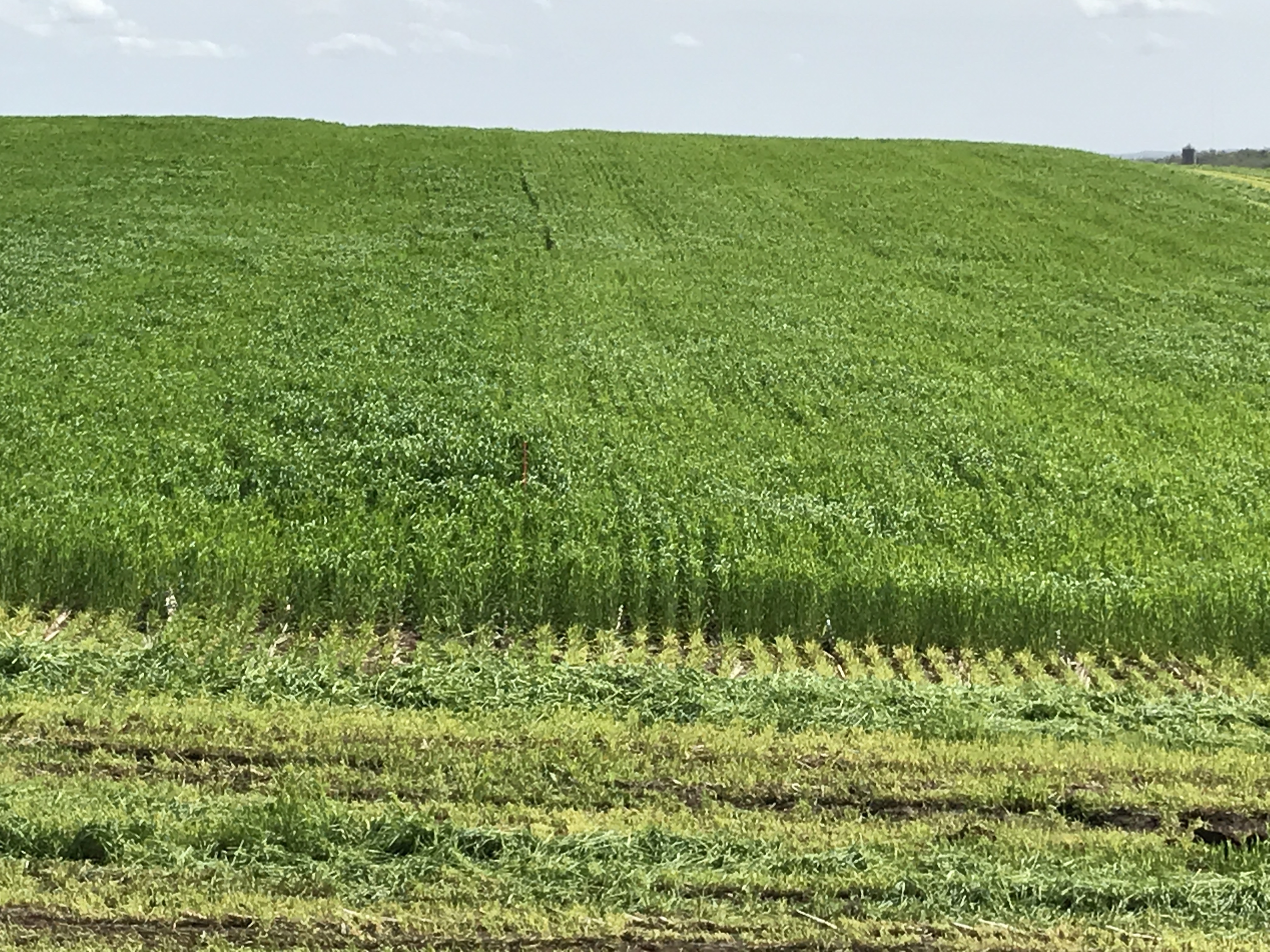