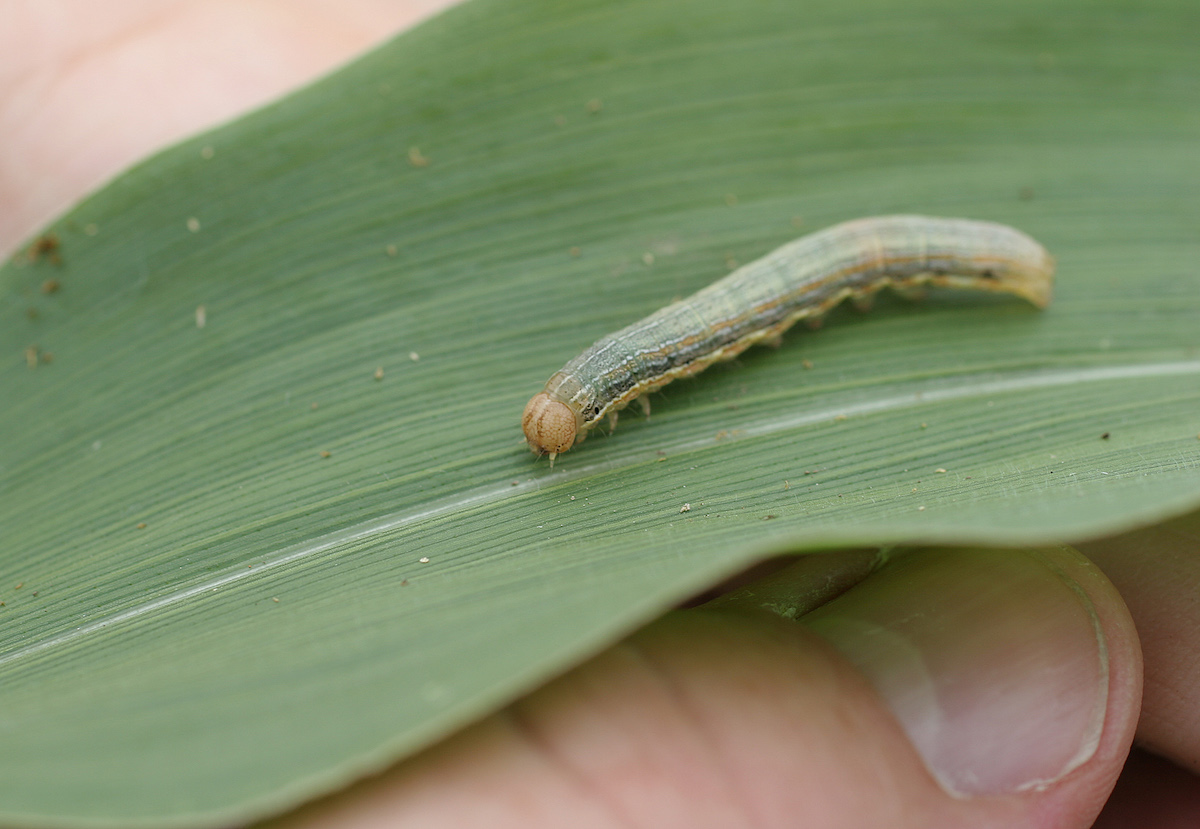 Bryan Jensen, UW-Madison Dept of Entomology and Division of Extension

What a ride! This fall armyworm infestation has been unprecedented and likely (for me), a once in a career experience. Not to say this infestation has been an extremely high with over-the-top damaging population but rather one that has caused some economic problems in several cropping situation and certainly caused a lot of attention.

Here is what we do know. Fall armyworm do not overwinter in WI. The moths migrate to our state during late summer and early fall. Therefore, the problems we are experiencing will have no bearing on future years. From a crop management standpoint, they are usually a novelty insect except for some infrequent ear damage in sweet corn.

This year I have seen and heard about infestations that are now mid to late instars and some that have early to late instars. No reports of populations comprised of only small larvae. That suggests to me this problem is winding down. Ohio State Entomologist’s have also suggested that larval mortality should/could be observed with prolonged temperatures of 650 F or below. Adults may survive colder temperatures, but I have a hard time thinking the resulting larval generation could cause significant crop damage.

Field situations where I have heard of problems include pastures, alfalfa (both established and new seedings), cover crops and fall seeded small grains. There aren’t economic threshold for these situations. Rather, judge the defoliation potential and how that might impact winter survival and/or potential for forage loss if a late-season harvest were to be taken. Project ahead, don’t look at the past. You can’t resurrect damage that has already happened. Just try to prevent future damage.

If you are in a situation with multiple cover crops planted, significant damage potential, and you are going to take a late season harvest you must choose an insecticide that is labeled for all planted crops and an insecticide that has a pre-harvest interval suitable for your harvest schedule. That may be very difficult to do.