For the past nine years the UW Soil and Forage Analysis Laboratory has been conducing a program to thoroughly evaluate total mixed rations (TMR’s) for dairies. One of the outcomes of this has been the ability to monitor total P levels in these TMR rations. During this same time period there has been a tremendous amount of extension effort put into getting information to dairy farmers as to the appropriate levels of total dietary P in rations. In general, many dairy rations originally contained significantly more P than was necessary for herd health and proper milk production. Over the past nine years there has been a steady decline in the average total P content of dairy TMR’s measured by the UW Soil and Forage Analysis Laboratory. There has also been a downward trend in liquid dairy manure P levels over this same time period (Fig. 1). Beginning in the last few years there has been a similar decrease in solid dairy manure P levels as well (Fig. 2).

More information on the P levels of TMR rations can be found by viewing the searchable database of the UW Soil Testing Labs at http://uwlab.soils.wisc.edu/ForageDatabase/ 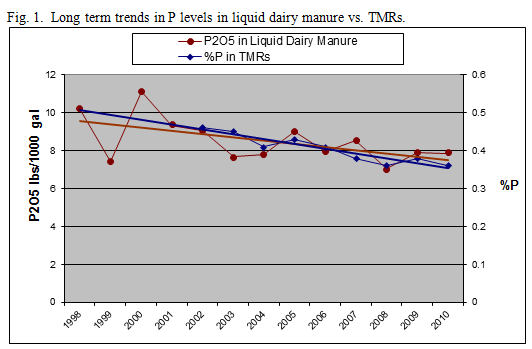 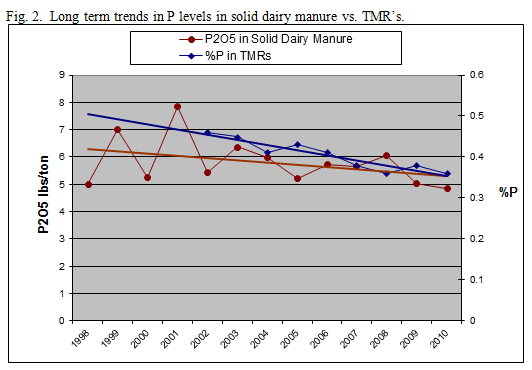