This spring is shaping up to be one for the record books in many ways, but ‘early’ is mostly an understatement.  The need for aggressive weed management is more critical for no-till growers this year to insure adequate control.  It is important not to let perennial and winter annual weeds, including cover crops, get too large before control.  If they get too large, the ability to achieve desired control diminishes.  Additional concerns include increased difficulty of timing pre-plant and pre-emergence applications to optimize early-season in-crop weed control, insects like black cutworms and armyworms may be attracted to these fields more than normal since moths in flight like to lay eggs in fields with foliage, and in some areas soybean cyst nematodes may have more time to reproduce on winter annual weeds.  The good news is there may be increased opportunity to include growth regulator herbicides (i.e. 2,4-D or dicamba) in with the burndown applications as a tank-mix partner without jeopardizing preplant crop intervals.  This is good because often the necessary preplant window hampers the ability to plant in a timely manner.  Moreover, the addition of 2,4-D can considerably improve broadleaf control and also minimizes selection pressure for glyphosate-resistant weeds when used in combination with glyphosate products.

It is clear that scouting for weeds in no-till fields must start earlier than normal—-like now!  When scouting, carefully identify the weeds you wish to control and select the most appropriate herbicide and adjuvants.  Determine spray rates based on weed type, size and growth stage.  When preplant herbicides are applied in the spring for control of existing weed vegetation, winter annual weeds are easier to control when they’re actively growing prior to flowering.  Additionally, summer annual weeds are easier to control if they’re smaller at the time of application.  Summer annual weeds like giant ragweed (Figure 1) and common lambsquarters (Figure 2), are already emerged in no-till fields in Columbia County Wisconsin.  Also, if winter annual weed or cover crop growth gets too large before control, high levels of dead plant residue left on the surface prior to planting can trap early-season soil moisture and reduce soil temperatures, which may delay planting and/or crop emergence.  Not to mention, thick residue from dead weeds and cover crops can challenge proper planter function and lead to slower planting and/or poor seed depth and spacing control.  These are all issues to avoid by controlling vegetation early.  An alternative is to be prepared with appropriate no-till planter equipment to handle the extra residue.

In no-till systems a non-selective burndown herbicide like glyphosate (Roundup PowerMax®), paraquat (Gramoxone Inteon®) or glufosinate (Liberty®) are often used.  As mentioned above, these herbicides can be tank mixed with 2,4-D to improve broadleaf control prior to corn or soybean planting.  The labels of different 2,4-D formulations specify a waiting period between application and crop planting, and they vary by product and amount applied.  Ester formulations of 2,4-D usually have a shorter waiting period between application and planting, and are often preferred over the amine formulation.  Most labels of many 2,4-D ester formulations (LV4 or 3.8 pounds acid equivalent per gallon) allow applications of up to 1 pint per acre 7 days prior to soybean planting.  If you wait too long so that higher rates are needed to control tough perennials like alfalfa or dandelion , then increasing the rate to more than 1 pint increases the waiting interval to 30 days.  Keep in mind that some 2,4-D ester formulations also require a waiting interval between application and corn planting (for example, 7 days for up to 1 pint, 14 days for rates between 1 and 2 pints).

The addition of 2,4-D will not help with grass cover crops such as cereal rye or annual ryegrass.  For grass cover crop species, glyphosate will perform much better than paraquat or glufosinate products.  However, glyphosate has limitations based on heights.  Cereal rye is generally much easier to control than ryegrass.  The roundup powermax® label indicates cereal rye should be controlled with 22 fl oz. up to 18 inches in height. However, there is no recommended rate beyond that size and if cereal rye starts to set seed heads it will become notably difficult to control.  Annual ryegrass is only labeled for control up to 6 inches at 22 fl oz, and up to 12 inches with a 32 fl oz. rate.  The photo below (Figure 3) shows a field of annual ryegrass cover crop that did not winter kill in Rock County.  This field was pushing, and practically beyond, label recommendations for control.  Additionally, some fields of cover crop radish in Columbia County Wisconsin did not winter kill.  There is little experience killing radish cover crops, so I have no great advice other than applying glyphosate sooner, rather than later, is a good idea.  So, with a mild winter and early spring no-till growers with cover crops should be very diligent in making their burndown management plans.

It’s normally recommended to use a herbicide that provides residual weed control through the first 3 to 5 weeks of early crop growth in a tankmix combination with burndown herbicides.  Many of these herbicides can also aid in burndown control, but often the primary focus of the residual herbicide is to protect yield loss through the early stages of crop growth.

If you need to apply a burndown herbicide 3 or 4 weeks or more ahead of planting, one strategy may be to apply an early burndown without residual, and a second burndown with a full-rate residual product at the time of planting. This should minimize – and possibly negate – the rate of postemergence herbicide needed later in season.  A second strategy may be to apply the residual herbicide with the first burndown application. This will keep fields cleaner and easier to plant into throughout the spring, and possibly allow planting before a second application.  However, the postemergence application will likely need to be applied much earlier than in the previous scenario and should likely include another ‘in-crop’ residual herbicide application. – Vince Davis, Extension Weed Scientist, University of Wisconsin-Madison 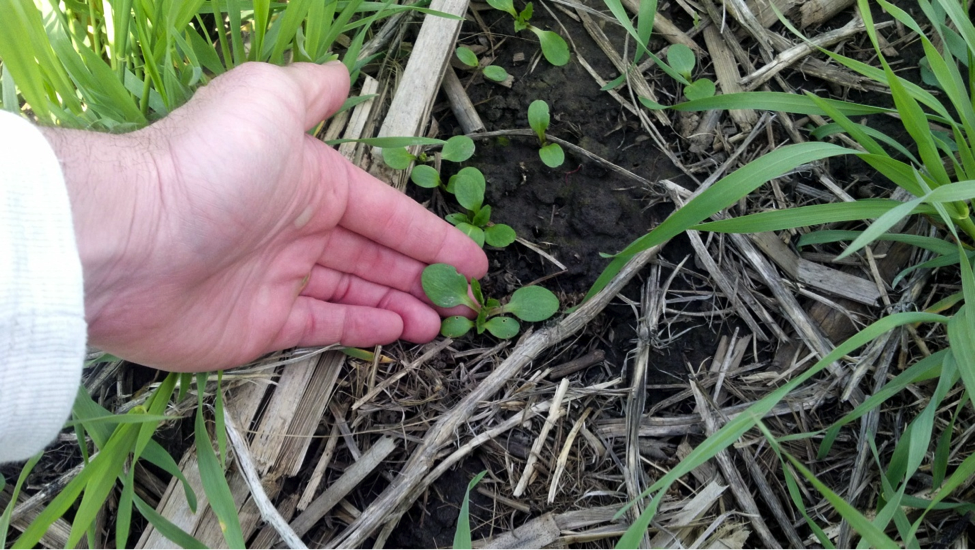 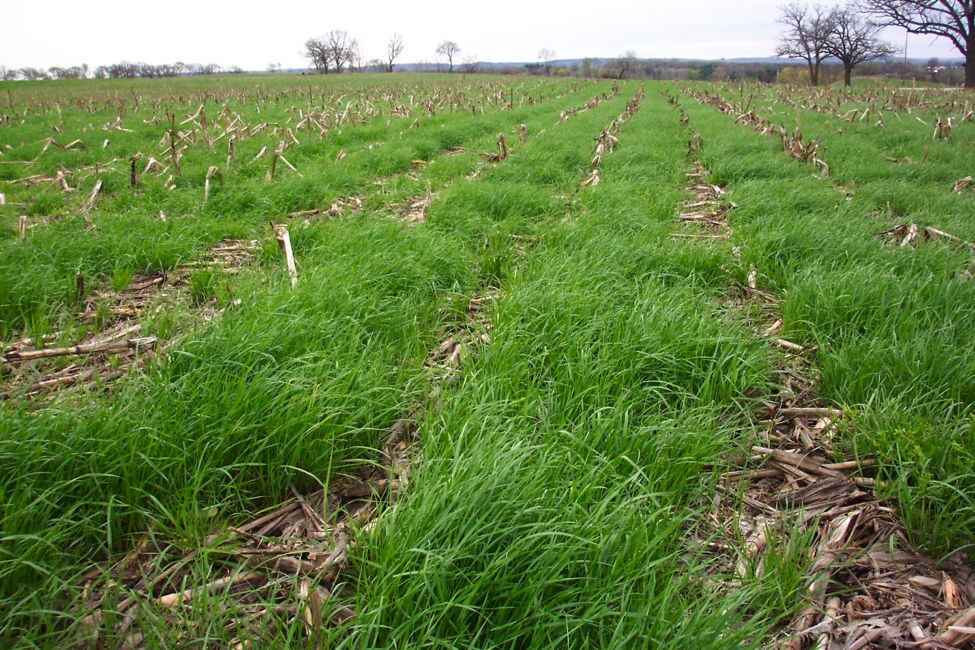