Bryan Jensen, Department of Entomology and Division of Extension

The insect season is starting to wind down a little but there are still a few things to be looking for.

Potato Leafhoppers. Populations have been above average this summer.  Typically, numbers start to decline by mid-august.  However, when conditions are favorable, they can hang on in high numbers well after Labor Day.

Soybean Aphids.  Although numbers have been low statewide, the predicted weather forecast indicates a potential for aphid populations to increase.  However, every day that passes brings us closer to the end of the “aphid season” when populations crash naturally.  These late season management decisions are not easy.  However, do keep in mind that with every day that goes by we are banking yield.  Also, consider that if aphids do reach the economic threshold of 250/plant (on 80% of the plants and the population is increasing) we are not experiencing immediate yield loss.  Don’t feel compelled to make an immediate spray decision.  Try to buy some time by watching that field(s) to see if populations increase.  Remember it is a combination of aphid numbers and length of feeding that causes yield loss.

Soybean Gall Midge. Although not yet discovered in Wisconsin, now is an excellent time to be looking for damaged plants along field edges.  For background information on soybean gall midge please see the June 10 article in the WCM.   Damage is probably going to be most apparent until maturity.

Corn Rootworms. Adult beetles are entering peak egg laying season.  Now is a good time to scout those fields which are likely to be in corn next year.  Doing so will give you a prediction for damage potential next year.  Rootworm populations have been at historic lows in 2017 and 2018 and scouting now can take advantage of this population trend and allow us to make the appropriate decisions based on actual potential for damage

There are several resources available to help with field scouting and rootworm management:

Corn Rootworm: how to scout for rootworm beetles (YouTube)

Japanese Beetles.  Large. Showy. We love to talk about them.  I expect numbers to be slowly decreasing during August.  The worst should be behind us.

Brown Marmorated Stink Bug.  An invasive stink bug that we have been watching for a few years.  They have been an increasing problem in fruit and a pesky nuisance in homes.  Be on the lookout for them in soybeans.  They are slight larger than our native stink bugs and the diagnostic features are the white banding on the antennae and (especially) the white triangles along the outside edge of the abdomen which are not always obvious in dried specimens. 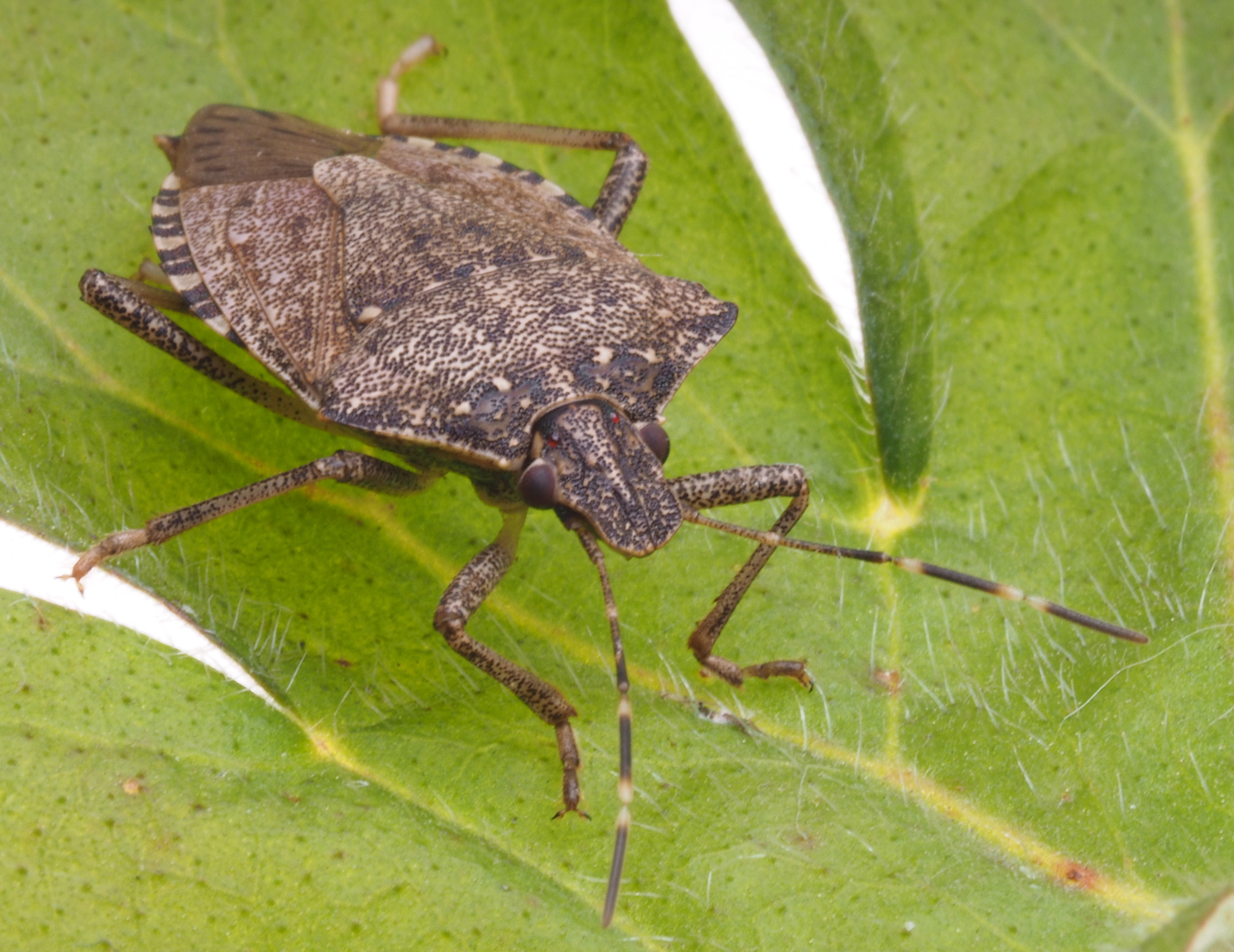