I have had several messages from consultants wondering about armyworms. Are they here? Have there been problems? Am I missing anything? To date, I do not know of any infestations in the state. Not that I would know about all of them. But if populations were building, I think I would have heard something by now. Hopefully, that little piece of information will relieve some anxiety and provide a little help.

We are conditioned to early June being the time when we see (or hear) about damage from the migrating generation. However, because we are dealing with a migrating insect, timing can be different from year to year so continue to be vigilant. On the flip side, perhaps they are here but just in low numbers, and we will be lucky for once!

If I have a point, here it is. Continue to scout and trust your instincts. Armyworms can be clumped in their geographical distribution. Therefore, scouting will be very important to stay informed. Don’t assume they won’t be here but don’t assume they are and treated if not needed.

You can maximize your scouting efforts by targeting likely areas. Which include fields with grassy weed escapes, corn planted after a grass cover crop or no-tilled into alfalfa. Larvae are nocturnal feeders and early instars can be a hard to find but later instars should be more apparent on the soils surface in small grains. In corn whorls look for their damage and frass is often obvious. Don’t forget to monitor pastures.

Armyworm larvae have a tan head w/ numerous vein-like lines in the compound eyes. Body color and intensity can be very diverse and but alternating light to darker color lines are usually noticeable. Typically, the “belly” is lighter colored than the rest of the body. Abundant frass in the whorl can be a give-away to their presence. 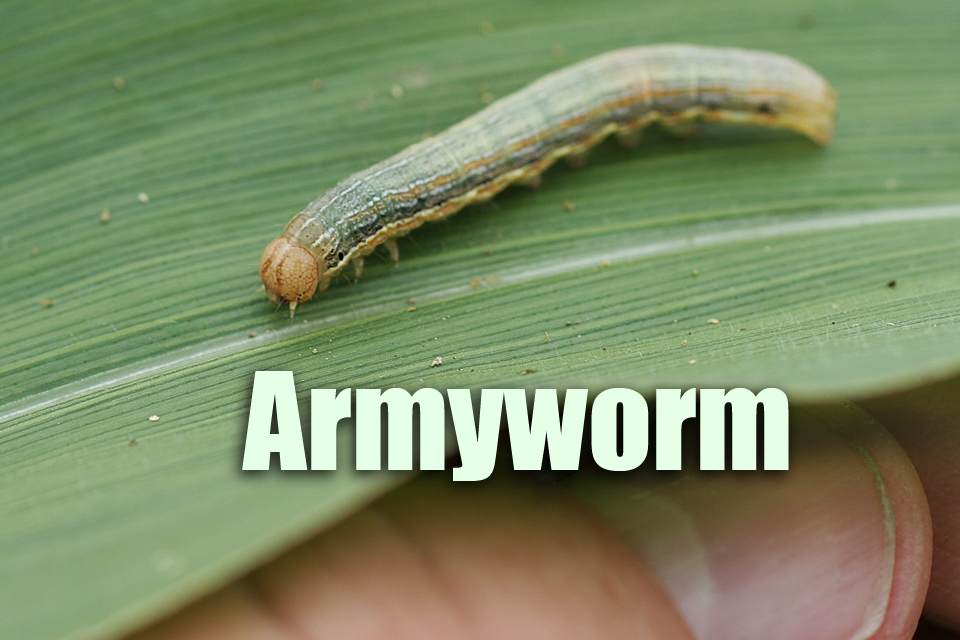 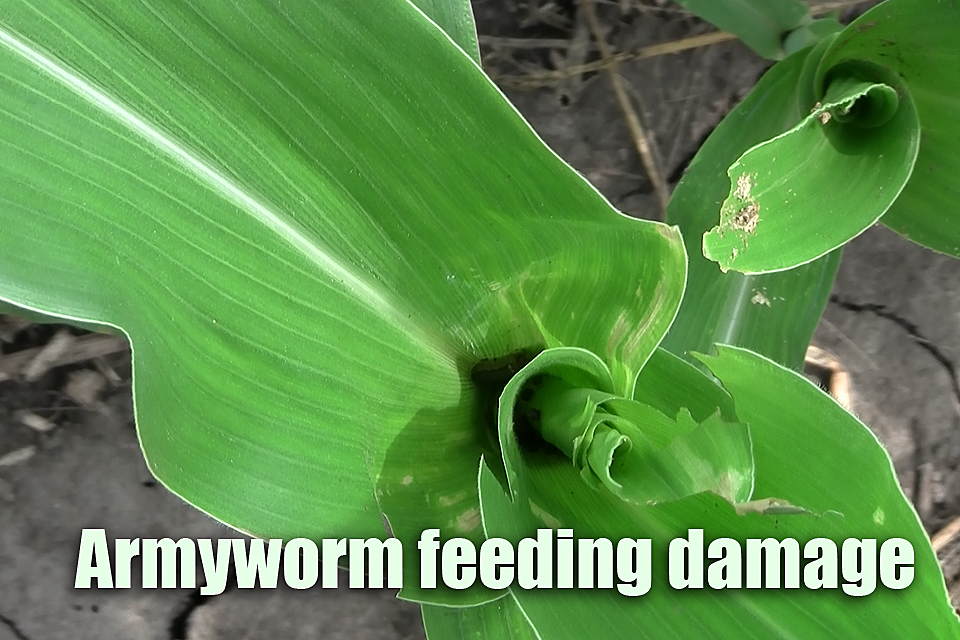