Wisconsin DATCP’s annual corn rootworm beetle survey was finalized. The survey assesses current-year beetle populations and can be used to forecast larval root damage potential in next season’s corn crop. Corn rootworm is considered the most damaging and costly pest to corn production in the U.S., causing well over $1 billion in yield losses and control costs each year.

Results of sampling throughout August indicate beetle pressure has been high across much of the southern half of Wisconsin, particularly in the three southern districts and in the west-central and east-central areas. Five of the state’s nine crop reporting districts had average beetle counts above the 0.75 beetle per plant economic threshold. The highest averages were documented in the southwest (1.3 per plant), south-central (1.2 per plant) and east-central (1.1 per plant) regions. In addition, approximately one-third, or 75 of the 229 survey sites, had beetle counts exceeding the threshold.

While the elevated corn rootworm levels recorded in southern Wisconsin were not surprising, the season’s most unexpected outcome was in the east-central district, where the average surged from 0.2 beetle per plant in 2021 to 1.1 per plant in 2022. On closer inspection, nearly three quarters of the 31 fields sampled in the east-central area had below-threshold beetle counts (<0.75 beetle per plant), suggesting that the abnormally high district average reflects extremely high counts (2.5-12.5 per plant) recorded in a small number of fields (5 of 31).

In contrast to the generally high corn rootworm pressure across the south, beetle counts in the central and northern regions were markedly lower. The 2022 averages recorded for these four districts ranged from 0.1 to 0.4 beetle per plant, with the season’s lowest average found in the central area (0.1 per plant).

Based on the survey results, this season’s high rootworm populations could translate into a greater risk for larval root damage to susceptible corn next summer, mainly in southern and central Wisconsin. Corn producers are advised to closely review their rootworm management plans for 2023 and consider crop rotation if practical. Growers opting for a rootworm trait package for root protection are reminded that planting continuous corn with the same trait should be avoided. 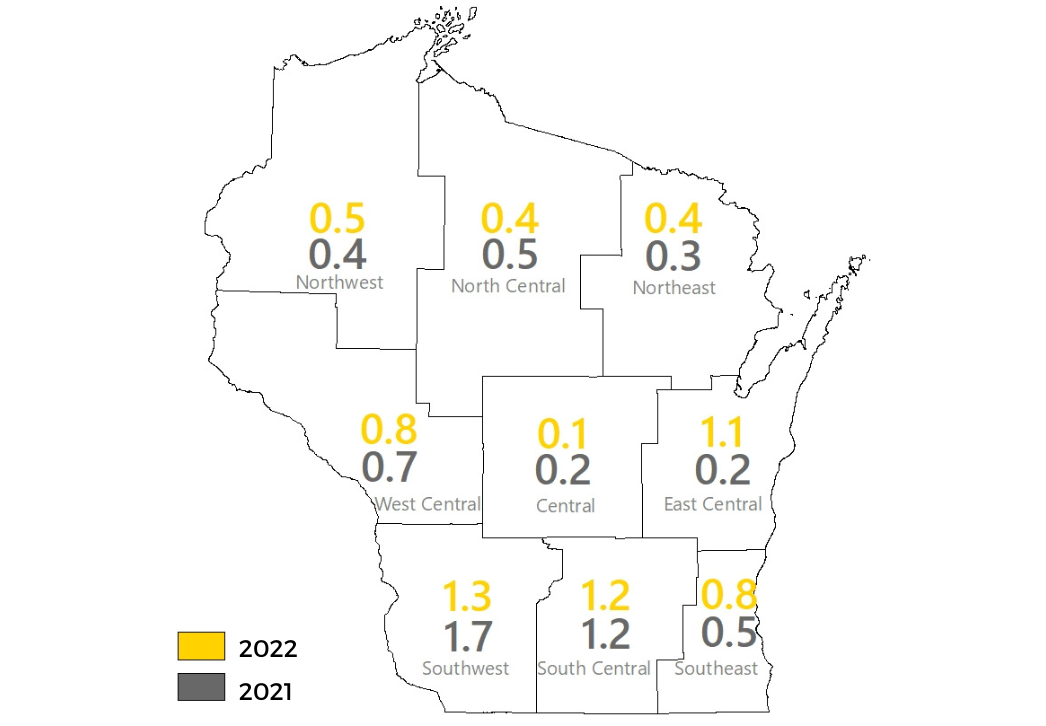 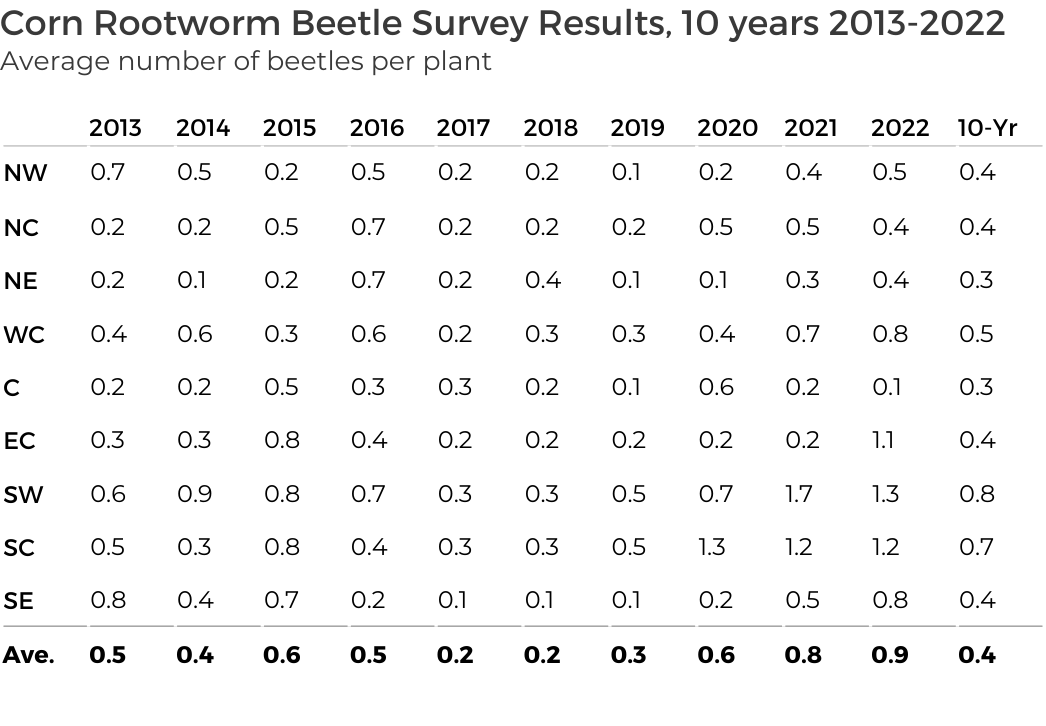